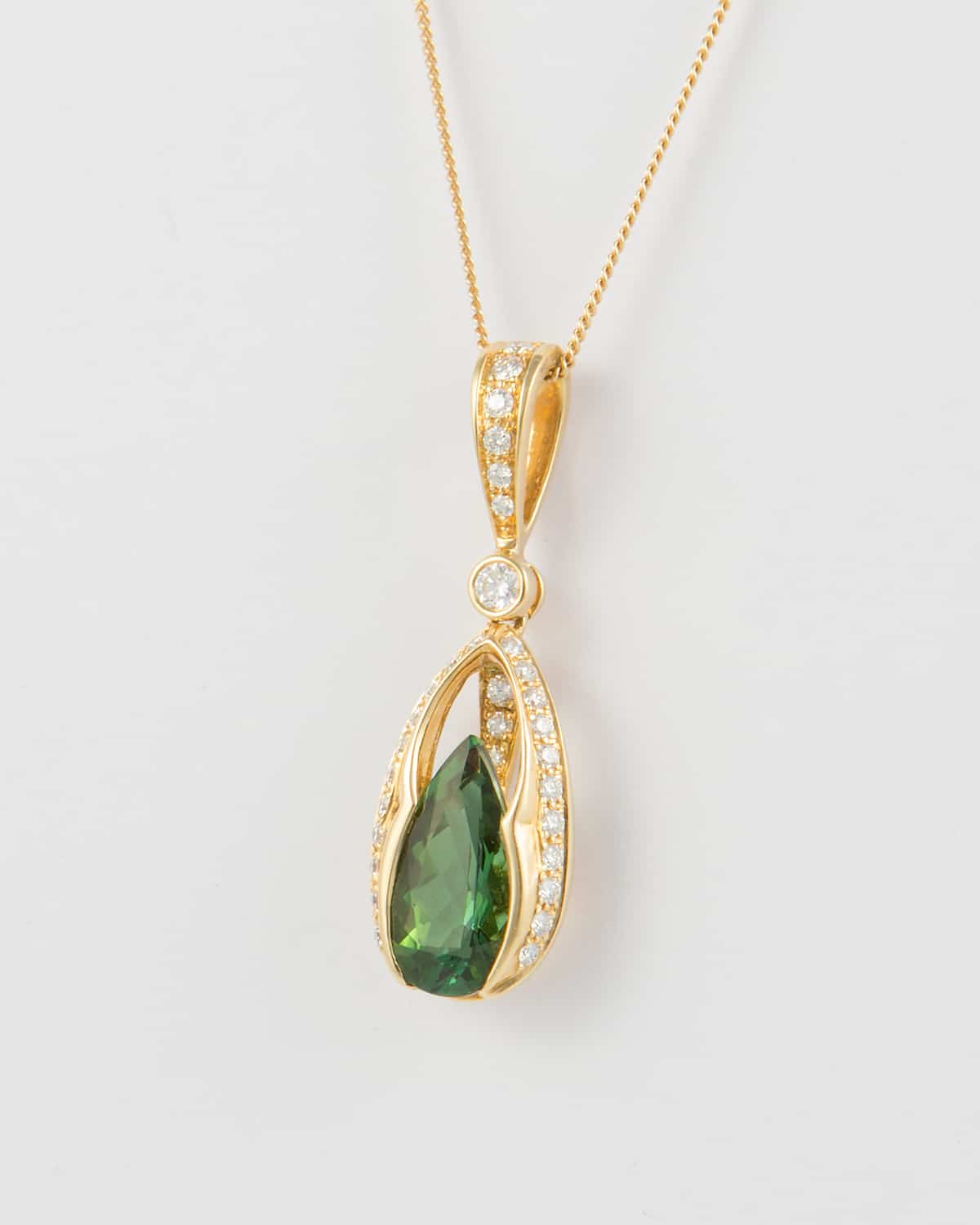 The October birthstone, tourmaline, comes in a rainbow of colors that few gems can match. It’s name comes from the Sinhalese word “toramalli”, meaning “stone with mixed colors.” This is because it can often have multiple colors within one crystal.

Experts rank tourmaline at 7 to 7.5 on the Mohs Hardness scale. Therefore, it is generally suitable for everyday wear.

Because of its rainbow of colors, tourmaline relates to each of the chakras. Use it to clear, maintain. align and stimulate each of your body’s energy centers. Some believe it helps with eye disorders, weight loss and regenerating the heart, thymus and immune system.

Balance within your body:

Tourmalines are one of the most colorful species in the gem world. Popular tourmaline colors include vibrant pink and red rubellites.

Plus, they also come in many shades of green. For example, the striking emerald green “chrome” tourmalines. Then the more blue-green end of the spectrum. Or even light blue like blue topaz. In addition, tourmalines can also be found as neon green, mint and turquoise.

For centuries people have mined tourmaline in Brazil. However, in the 1980s spectacular colors were found in Paraiba, Brazil. Paraiba tourmalines glow in shades of electric green, turquoise, blue and violet. Vivid, intense colors are caused by tiny amounts of copper that had never been found in tourmaline before.  Consequently, these rarer, highly color-saturated gems with their intense hues demand a higher price. More recently, Paraiba-type, copper-infused tourmalines have also been found in Africa.

Some tourmalines boast multiple colors in one gem. Jewelers call these color-zoned. Tourmaline can be bi-colored and tri-colored. Therefore, a crystal can be pink on one end but green on the other. Artisan jewelers cut watermelon tourmaline in slices. As a result, you see what looks like a slice of watermelon. It’s an intriguing gem with a pink center surrounded by the green rind. 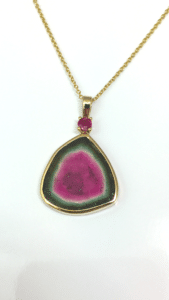 The Many Names For Tourmaline Colors

Where Do You Find Tourmaline?

Most tourmaline is found in Brazil. However, it also comes from Kenya, Madagascar, Mozambique, Afghanistan, and Pakistan. In the United States, it is found in California and Maine. Major deposits were first discovered in 1828 from Mount Mica in Maine. However, Plumbago Mountain currently produces the most tourmaline in Maine. 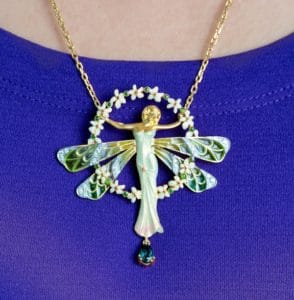 Scientists did not classify tourmaline as a distinct mineral species until the 1800s. So, historically tourmaline has been confused with other gems for centuries. For example, the Spanish conquistadors in Brazil mistook it for Emerald in the 1500s. In addition, “Caesar’s Ruby” pendant from the Russian crown jewels is actually a red rubellite tourmaline.