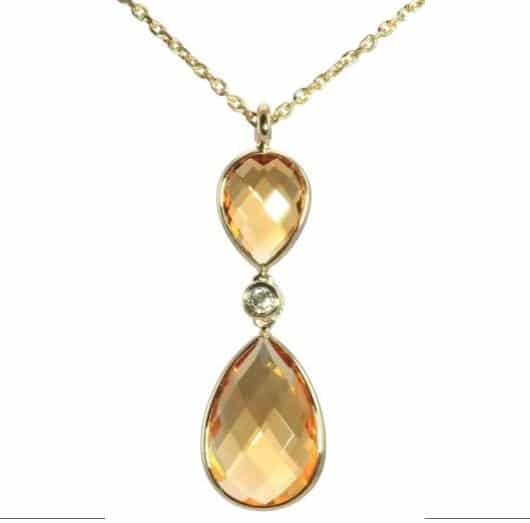 November’s Birthstone Topaz seems to be a particular favorite of Kate Middleton, Princess of Wales.

You’ll see her donning topaz earrings in various colors. In addition, Blue Topaz acts as the gemstone for the 4th wedding anniversary. And, Imperial Topaz for the 23rd anniversary.

Topaz resides on the official birthstone list for November along with Citrine.

When considering Topaz, people generally think of a yellowish-brown or golden stone. But, pure Topaz is actually clear! Certain chemical impurities in the stone show up as a combination of numerous colors – blue, yellow, orange, pink, violet, brown, and rarely, red. And, make no mistake, that rainbow effect you see in “Mystic Topaz” is created with a thin artificial film.

You may prefer to choose from the rainbow of colors topaz offers. Most people consider Imperial Topaz to be the most prized and expensive variety. It reveals sumptuous shades of orange with light to heavy pink undertones.

Blue Topaz was once extremely rare. However, today modern irradiation techniques make it easy to turn clear Topaz into blue with a little bit of heat. As there are numerous shades of blue, you can make beautiful monochromatic designs of one color range. Texans particularly like blue Topaz because it became our state gem in 1969. You can find natural blue Topaz in various places in the state.

Come into Copeland Jewelers to see our Lone Star blue topaz in pendants and earrings. These gems have an actual star cut into the stone.

In ancient Rome and Egypt topaz was associated with various sun gods.

There are two stories describing the origin of the name for the famed Imperial Topaz. 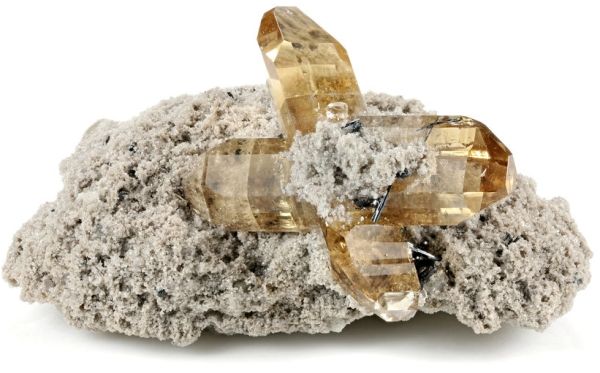 Where Do You Find Topaz?

Today most fine Topaz is mined in Brazil and Sri Lanka also has significant deposits. It’s also produced in Pakistan, India, Russia, Zimbabwe, Madagascar, Namibia, Australia, and Nigeria. In addition, they are actively collected in Utah and California in the United States.

The largest uncut specimen of Topaz in the world weighs nearly six hundred pounds! It was mined in Brazil and is on display at the American Museum of Natural History in New York. It is certainly a sight to see.

If you’re looking for topaz of a slightly more manageable size, contact us at Copeland Jewelers, today! We love to work with topaz. We would be thrilled to help you find your perfect Topaz piece or create something for the perfect birthday gift.