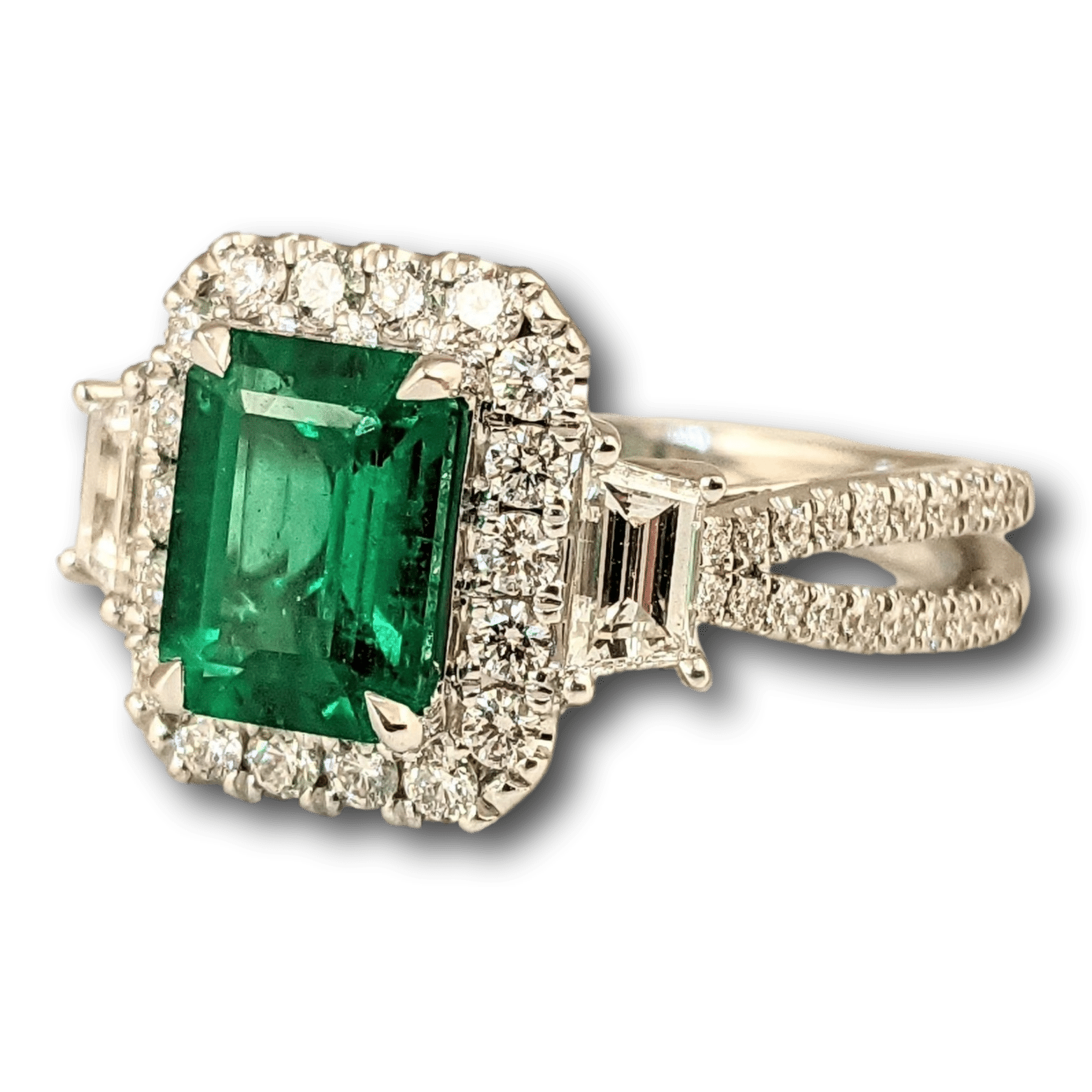 May’s birthstone is the emerald, one of the most revered gems throughout history. From the famous jewels of Cleopatra and the Aztecs to The Wizard of Oz’s fictional Emerald City, they are legendary.

The color green represents new life, the promise of Spring and new beginnings. So, it makes perfect sense that emerald is Spring’s birthstone for May. See the official list of birthstones.

Emeralds are commonly associated with romance – supporting passion, love, and bliss. In addition, they’re known for resurrection, renewal, and awakening. And, fostering youth, fortune, and foresight to the owner.

In addition, emeralds have also been thought to cure bleeding, dysentery, and fever. As well as, preventing epilepsy, soothing the eyes, and to calm panic. During the Middle Ages, these gems were said to hold the power to predict the future.

Emeralds were also said to have other powers. Such as:

It’s All About the Color of the Emerald

Emeralds have a great range of color from light to a very dark, rich green color. In short, a fine emerald feels like a lush green Spring day. Color is the first factor considered when valuing an emerald.

Emeralds are made of the mineral beryl, like March’s birthstone aquamarine.

Chromium, vanadium, and iron are the trace elements that create emerald’s iconic color. Amounts of each element determine the exact color of an emerald. Likewise, with the presence or absence of these elements. Plus, when the color is very pale gemologists categorize them as green beryl.

Emeralds can vary widely in price. This is most affected by its color. As you might expect, the most valuable emeralds display:

Emerald’s color intensity at its best may be unrivaled in nature.

On the other hand, smaller, poorly cut and light colored emeralds will be lower in price. Likewise for gems that have been created in a lab rather than mined from the earth. 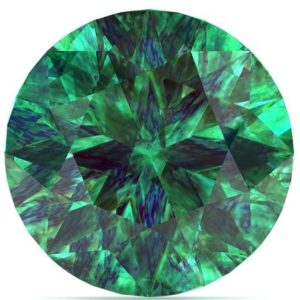 The Cut of an Emerald

The cut of an emerald can greatly enhance its color. An emerald with a rectangular style cut actually emphasizes the richness of color by leading the eye into its depths.

Historically, emeralds have so often been cut into these rectangular octagonal shapes that the cut itself has become known as an “emerald cut”. This term even applies to a stone that isn’t an emerald.

However, a beautiful emerald may come in any number of different cuts.

Many of these green gemstones contain small mineral inclusions or fissures. These can be seen with the naked eye. But, this is accepted as something of a given with beryl stones.

Because when looking at these inclusions they remind us of branches, sprigs, and moss, they are known as ‘Jardin’, meaning garden. They do not detract much from the overall value. However, they do, if they have a negative effect on clarity and transparency. Lastly, being eye-clean of inclusions is very rare and ups the value exponentially.

The History of Emeralds

Revered for 6,000 years, emeralds are one of the most legendary gemstones in history. It’s glowing spring green color, is a symbol of springtime, fertility, and rebirth to numerous cultures. Egyptians mined emeralds as long ago as 1300 B.C.

Spanish conquistadors found South American and Mexican royalty wearing fantastic emeralds and other gemstones. Soon they “commandeered” all the gemstones, gold, and silver that they could.

The Famous Emerald of Judgement

In 1756, two hundred years after Cortez dies, a Spanish ship sinks to the bottom of the ocean bringing back his Zuniga family fortune. Most likely as a bribe to the royal family. In our humble opinion, that was the property of Mexico. However, in 1992, in the Bermuda Triangle, explorers retrieve the shipwreck. Re-discovering it 200 years after its sinking. First they found a crystal skull. Then treasure seekers report finding over 50,000 carats of cut emeralds. Plus, one million carats of uncut emeralds. One weighing 25,644 carats!!! The fortune-seeking couple say that among the hundreds of chests of emeralds is the famous 964-carat Judgement emerald. Currently valued at over $20 million.