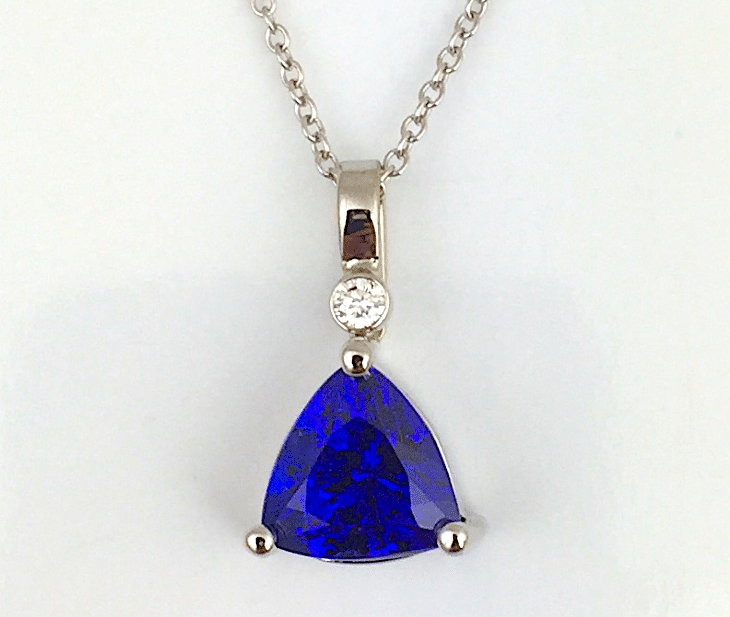 December’s birthstone, tanzanite, is a rare stone that excited the gem world. It’s one of the world’s best modern discoveries. Known only in 5 square miles on the planet, they are rarer than diamonds and only recently found in 1967.

In 1968, Tiffany & Co. became a major fan of the gem, launching it into a seemingly overnight sensation. Now, this small mine is almost exhausted. When it’s closed the price of Tanzanite will likely skyrocket.

See the official birthstone list for December’s other gemstone options. In addition to being December’s birthstone, Tanzanite is the gem for the 24th wedding anniversary.

The Best Characteristics Of A Tanzanite

It’s all about that color!

Fine Tanzanite has a deep depth of color often referred to as velvety and ranges from pure rich blue-violet to violet-blue to pale, almost lavender.

The color that is the most highly prized and valuable is the pure rich blue-violet. People swoon over the deep blue color range with a touch of violet.

Tanzanites also exhibit a color change. In natural light, Tanzanite may look almost sapphire blue. But in fluorescent light, the same tanzanite may look more violet, like amethyst. Plus, due to its crystal structure, the stone will change colors when viewed from different directions. Usually violet from one angle and blue from another.

The deepest, most intensely colored gems are usually larger stones, especially when you get to 5 carats and above.

Cut Is A Big Factor In The Color

Because Tanzanite looks blue from one direction and violet from another, the cut is very important. Cuts to show off the violet end of the spectrum are usually less wasteful. In comparison, cuts to show off the blue end of the spectrum wastes more of the rough stone. Because of this, you see more Tanzanites that look violet-purple than those with a strong blue color. So of course, the blue cuts tend to be more pricey. 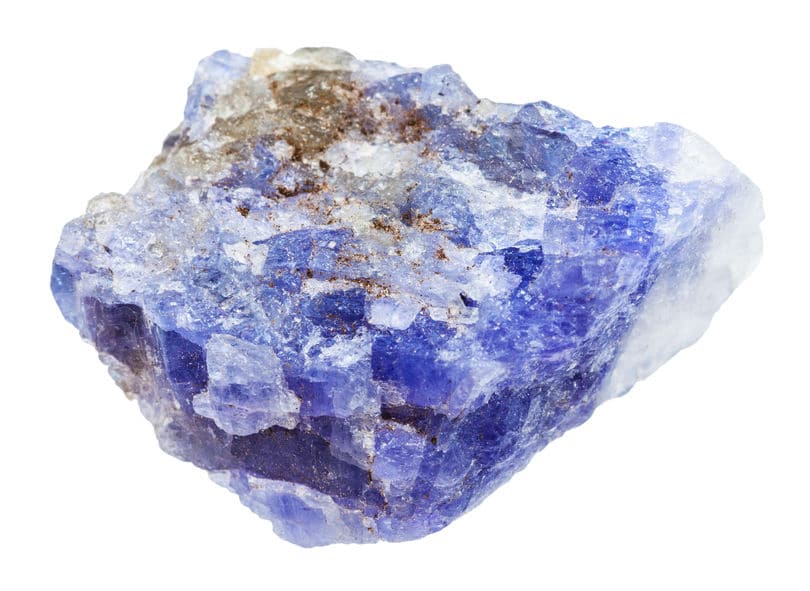 Tanzanite’s principal source was only recently discovered in 1967, in the Merelani Hills of Tanzania. To the north, you see the stunning backdrop of the mountains of Kilimanjaro. This region of northern Tanzania is only 5 square miles and is the only place in the world where tanzanite is found. Consequently, this gem eventually became known as Tanzanite in honor of Tanzania.

How to Care For Your Tanzanite

December’s birthstone Tanzanite is a bit delicate. It only ranks 6 to 7 on the Mohs Hardness scale. So, it may crack if exposed to very high temperatures or sudden temperature changes. Because it’s soft, it also abrades or scuffs more easily. However, they are resistant to normal heat, light, and common chemicals. For instance, they perfectly retain their color when subjected to light.

Using warm soapy water with the softest toothbrush you can find is the best way to clean Tanzanites. You should never use or let someone else use an ultrasonic or steam cleaner on your Tanzanite.

Because Tanzanites are a bit delicate, we recommend setting them in pendants or earrings. Likewise, we don’t recommend wearing them in rings. (They don’t like getting knocked around.)

That being said, if you’re careful, and with the right setting, you can wear a Tanzanite ring. But, it’s not recommended for everyday wear. If you know you’re hard on your jewelry, enjoy that ring as a special occasion piece.

Call or come by and see us at Copeland’s. We’ll share advice, recommendations, and fine Tanzanite jewelry with you. We’ll guide you on important things. Like how to set it, how to wear it to protect it, how to grade or value it. Plus, be confident with our decades of experience, that we can set your Tanzanite for you, too.