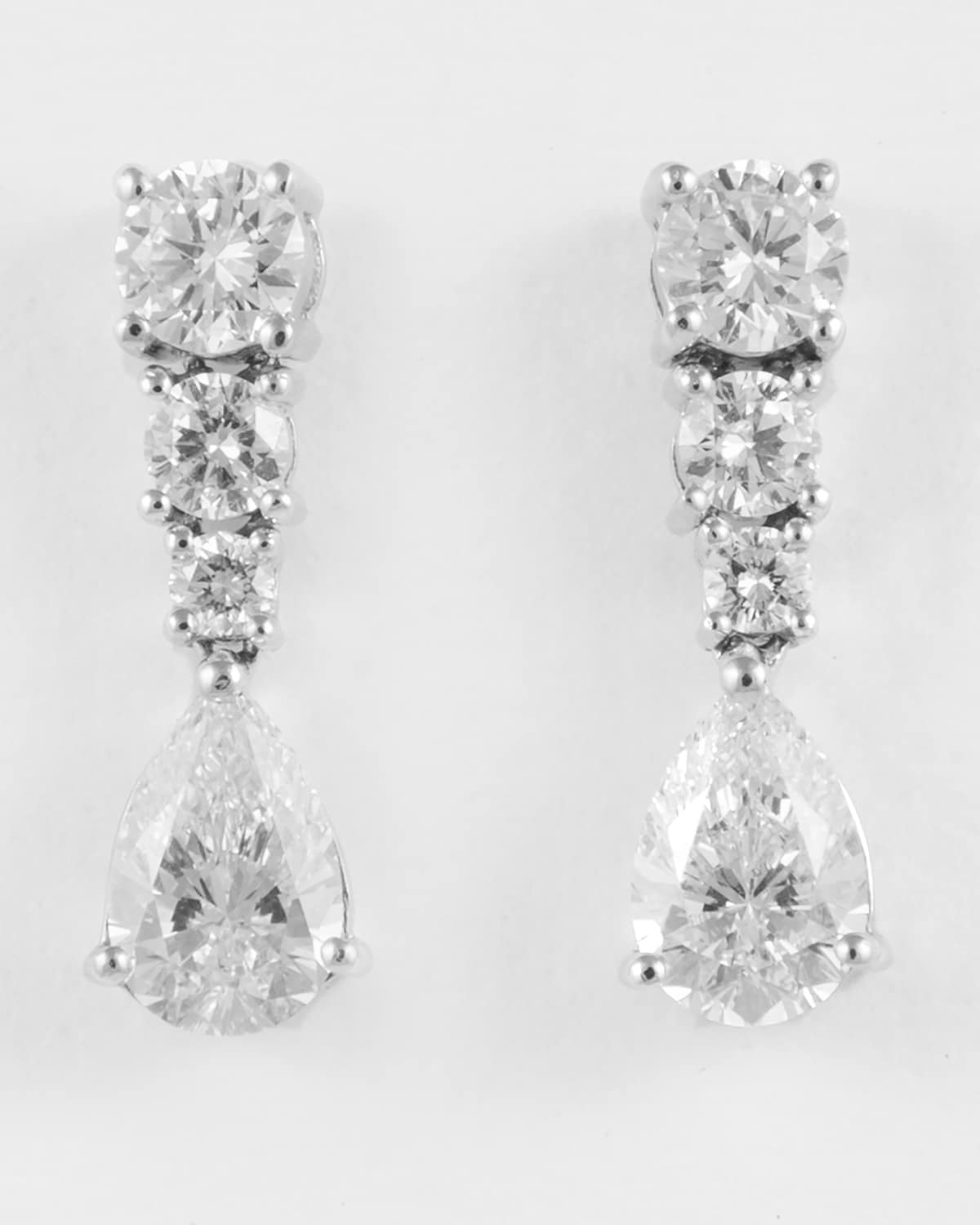 The April birthstone diamond, how lucky can you get? Diamonds inspire songs, symbolize love and commitment, and represent status. They connect us physically to an ancient past sometimes known only through legends and lore. Above all, they feel permanent. Decadently linking us to history. To sum it up, diamonds indulge our imaginations with reveries of royalty, movie stars, and bygone warriors.

Looking For The Perfect Birthday Gift

Ahh yes, diamonds are a girl’s best friend. But for centuries, both men and women have loved and worn them. Moreover, professional baseball players recently popularized black diamond bead necklaces with everyone! Consequently, these black diamond necklaces are sexy sophistication on men and women both. Plus, they make great gifts! Because of their neutral color that can be worn with everything. Looking for the perfect birthday gift? This April birthstone diamond strand won’t steer you wrong.

Associated with the astrological signs of Aries, Leo, and Taurus.

Even before people began cutting and polishing diamonds, they were revered. We feel its strong connections to the mysterious powers of nature and fate. In ancient times, some believed when a lightning bolt struck the earth it formed a diamond.

Originally discovered thousands of years ago in India. Records of diamonds being used as currency here date back to as early as the 4th century BC. Hindu scriptures include eight different types of diamonds, in various colors. Almost every culture has myths surrounding diamonds. Associating them with strength, purity, power, and the heavens. India is the origin of many of these legends, having the oldest and richest history with the stones.

Adamas, Greek for diamond, means invincible. Therefore, diamonds were known as the Stone of Invincibility. Warriors and knights wore them studded onto their breastplates and armor. In the belief that it would make them invincible.

Let’s look at more recent history. Elizabeth Taylor, the most beautiful woman in the world, owned two of the most prestigious diamonds. Richard Burton gifted them both to her. First, the heart-shaped Taj Mahal Diamond. Second, the 69-carat “Burton Taylor Diamond”.  In 1969, it sold for $1,050,000. A fantastical amount for that era, equal to approx. $6 million today!

Today, the diamond symbolizes enduring love because of its strength. In addition, it’s the gem for sixtieth and seventy-fifth wedding anniversaries. Plus, they’re the most popular choice for wedding rings. Mined in South Africa, Botswana, Australia, India, China, Russia, Brazil, the United States, and Canada. And, the list goes on.

When we think of diamonds, we generally think of the colorless (or white) ones. These are made of almost pure carbon. However, tiny amounts of other atoms will create colored diamonds. The most highly prized colored diamonds have the most intense colors. Referred to as Fancy Color diamonds, these too can also come with certifications just like colorless diamonds.

Be aware as well, some diamonds are not naturally colored but have been treated. Consequently, there is a big price difference. Natural colors are pricier than the treated ones. Make sure you’re working with a reputable jeweler. We’ll tell you if a colored diamond is natural or heat treated. Fancy Color varieties include:

In addition, you’ll find some very descriptive names for different shades of these colors and color combinations:

What’s the 4-Cs of Diamond Grading?

So, do you love the April birthstone diamond? Or need some advice on purchasing one? Come see a variety of different real-life examples at Copeland Jewelers. For over 30 years we’ve been counseling Austinites on the 4-Cs of diamond grading. We can help you with your diamond needs. Our knowledgeable staff is here to assist you. Whether you’re purchasing a diamond or have your own that needs to be set.

The Hardest of All Gemstones

Diamonds are the hardest substance known to man. Four times harder than the next hardest gems, sapphires, and rubies. They can scratch any other substance. But, they can only be scratched by another diamond. A cousin of graphite, whose carbon atoms are arranged in sheets that slide past each other with little resistance. However, the arrangement of carbon atoms in diamonds is different. They’re in a tight network that’s secured in four different directions. For this reason, diamonds are extremely hard.

Formed around a hundred miles beneath the earth’s surface under incredible amounts of pressure. Temperatures reach nearly three thousand degrees. Via volcanic eruptions, they reach the surface coming out in a type of rock called kimberlite.

Sometimes diamonds are found by mining and processing kimberlite. Or, as in ancient India, in alluvial deposits. Where overtime, natural elements expose it from its host rock. It then ends up in waterways and glaciers. And rarely, meteorites fall to earth containing tiny diamonds

4 of The Most Famous Diamonds

The most expensive diamond in the world. Because of its antiquity and provenance, it’s hardly possible to evaluate Koh-i-noor. Therefore, it’s considered priceless. A huge diamond with an ancient and storied past. Originating in India. Koh-i-noor, was originally a whopping 793 carats. It means “mountain of light” in Persian.

Revered since ancient times, it’s said that the owner of this diamond is the owner of the world. Therefore, through families, war, and deceit, it has passed through various Indian Rulers. As well as, numerous kings and other world empires. A highly prized diamond and icon for centuries.

A stunning pale yellow diamond of 55.23 carats. It’s considered to be another priceless diamond. Also originating from India. Because this was the first diamond to be faceted symmetrically it is considered historically significant. On top of that, it has no pavilion and only a pair of crowns. Its current name comes from its first French owner, Nicolas de Harlay, seigneur de Sancy. Since then, this stone’s past has been surrounded by many “lives of the rich and famous”.

An outstanding stone weighing an incredible 3,106.75 carats. In other words, a whopping 1 and 1/3 pounds! In addition, it is the largest rough, gem quality diamond ever found. Most importantly, the rough was cut into nine large diamonds and several smaller ones. Including two of the world’s largest. The Cullinan I at 530.4 carats. And, the Cullinan II at 317.4 carats. Also known as the First Star of Africa and the Second or Little Star of Africa.

Certainly, most of us know the famous deep blue Hope diamond. It currently weighs 45.52 carats. Plus, it possesses a completely unique trait among diamonds. This famous stone glows with deep red phosphorescence under ultraviolet light. Because it is irreplaceable, the Hope Diamond is deemed priceless. However, it is supposedly insured for over $300 million. It also originates from India.

Diamonds are often used in place of eyes on statues of Hindu deities. Some claim the famous Hope Diamond was used as the third eye on a South Indian deity of Lord Shiva. Until it was stolen. Sanskrit texts describe diamonds with the impressive blue hue of the Hope Diamond carrying a powerful curse. Have the various owners of the Hope Diamond been cursed over the years?

After that, it’s had several names and passed through multiple owners. Most importantly, King Louis XIV and of course, the Hope family. Finally, it finds a home in 1958. Harry Winston donates the Hope diamond to the Smithsonian Institute. To this day, it remains their most popular display.

Come by and see our collection of April birthstone diamond jewelry. Or call for an appointment to discuss custom design.