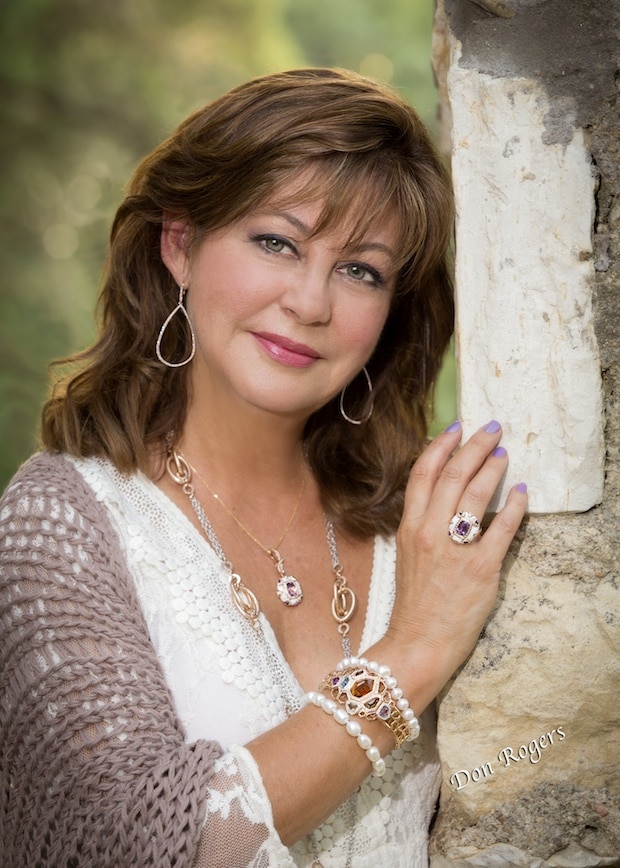 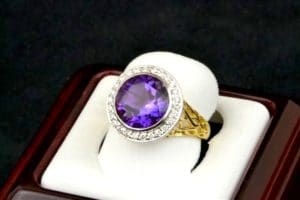 February is the shortest month of the year. And, in many places, it’s one of the coldest. However, its birthstone is definitely one of the loveliest.

February’s birthstone, Amethyst, makes for very flexible fashion choices. That’s because they complement both warm and cool colors. Looking beautiful, no matter what metal we set them in. Plus, they wear well with virtually any other color.

Amethysts are relatively abundant. The price difference between a small Amethyst and a large Amethyst is usually not that great. So, if you’re looking for a statement piece, Amethyst makes an excellent, cost-effective option.

Amethysts have been believed to promote:

View the Amethyst Pieces We Have In Our Store!

From the quartz family (one of the most abundant materials found in the earth’s crust.) Above all, Amethysts are always purple. However, there’s some debate about what causes this color.

Is it from the presence of iron oxide, manganese, or hydrocarbons in the stone? Colors range from lighter, pinkish shades to very dark, nearly black shades. What is known as the “ideal” hue is called “Deep Siberian.” It has a primary purple hue. Sometimes a single Amethyst contains layers of various different hues. Consequently, the cut of the gemstone is very important as it determines the overall color of the finished gem.

Did you know some people refer to green quartz as green Amethyst? However, the proper terminology is Prasiolite. 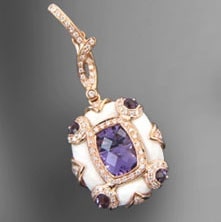 February’s birthstone, Amethyst, has been popular for at least 25,000 years. That’s quite a run!

A significant source of Amethyst is the Bolivian Anahi mine. In the 1600s, a Spanish Conquistador stumbled across the source. It was gifted to him as a dowry when he married Princess Anahi of the Ayoreo tribe. The mine is also famous for its unique ametrine crystals. These bi-colored gems are both amethyst and citrine. Therefore, they display both purple and yellow colors. 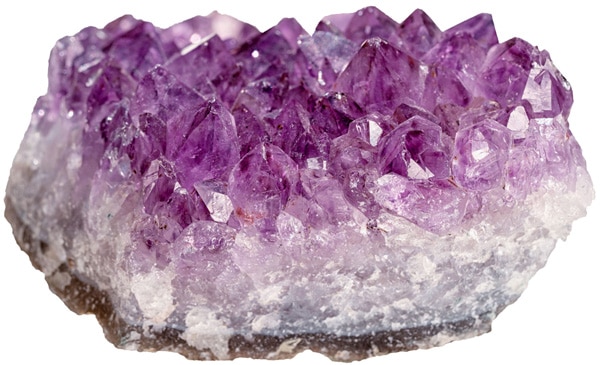 Where Is Amethyst Found?

Up until the 19th century, Russia was the main source of gem-quality Amethyst. Plus, they were as rare as Rubies and Emeralds. But when large deposits were discovered in Brazil all of a sudden Amethyst was in great abundance. Today, you mostly find them in Africa and South America. In North America, it’s mined in Canada, Arizona, and North Carolina.

They are often found inside geodes or volcanic rocks. In fact, at times they form in giant hollow, crystal-lined geodes so big you can stand in them.

Like other forms of quartz, Amethyst measures a 7 on the Mohs Hardness scale. So, it’s rather hard and durable. This makes it a great choice for jewelry, even for rings. However, over a few years of daily wear, your Amethyst ring may show some abrasion on the stone’s facets. If the ring is worn daily you may want to have these polished.

Exposure to extreme heat can change them to brownish-yellow, red, or even green. Sometimes heat even transforms an Amethyst into Citrine. An Amethyst’s purple color may fade over time with prolonged exposure to strong light. Even though this doesn’t occur with normal practices, it’s not a gem to wear to the beach every day.

Your safest option for cleaning your Amethyst jewelry at home is a soft toothbrush with mild soap and water. In addition, they can be cleaned in an ultrasonic bath. Steam cleaning is not recommended.

Interested in a fine selection of February’s birthstone, Amethyst, or designing your own custom piece? Call us at Copeland Jewelers, or come in today!