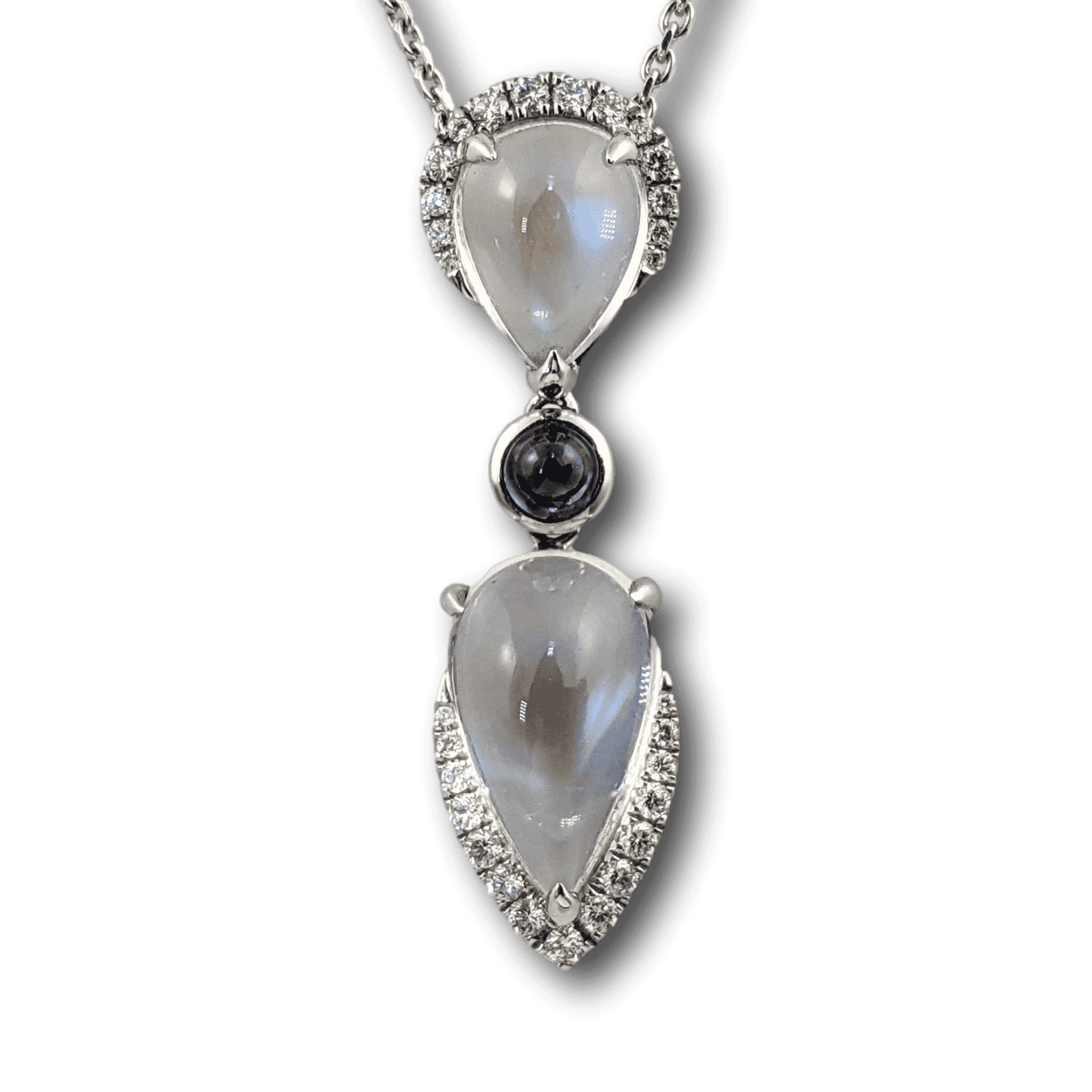 June’s birthstone, moonstone, is such a gorgeous, romantic and unique gem! A gem prized since ancient times.

Also, it’s one of three birthstones for the month of June. Your other two choices for June are Alexandrite and Pearl. Check out the rest of the official birthstone list here.

Moonstone usually comes from the mineral adularia, named for an early mining site in Switzerland, Mt. Adular. Therefore, adularescence is the term coined for the stone’s ethereal moon-like glow. This phenomenon appears as a soft glow that floats beneath the surface of the polished gem. Imagine moon glow through a thin cloud cover.

Moonstone is made up of microscopic layer after layer of feldspar. Consequently, these bend and scatter light causing the ethereal glow of adularescence.

Roman historian Pliny wrote that moonstone’s shimmery appearance shifted with the phases of the moon. This belief was carried well into the 17th century. However, you can see the shimmer shift when the light around it moves, when the gem is moved, or if you move while viewing it.

Most experts agree the finest moonstone is colorlessly transparent with a blue shimmer. However, because these highly prized blue moonstones have mostly been mined-out the prices have greatly risen.

In addition, moonstones come in various colors. Its adularescence is a white to a silvery sheen. But, the main color of the stone can be white, colorless, peach or orange, stormy-looking gray, green, brown, yellow or pink. They all make beautiful moonstones.

Rarely, some colorless moonstones produce a remarkable blue adularescence called blue “flash”. Needless to say, their rarity and beauty make them highly desirable and more expensive. Next, is the even rarer, “rainbow moonstone”.  These beauties show off the rainbow spectrum of iridescent colors.