Give the Gift of Time

A man’s watch says something about him. It’s a subtle reminder of his personal style. The men’s watches at Copeland Jewelers are for men of taste, who appreciate quality, engineering and craftsmanship, and could care less about the latest trend. They’re for Austin men who stand out from the crowd. 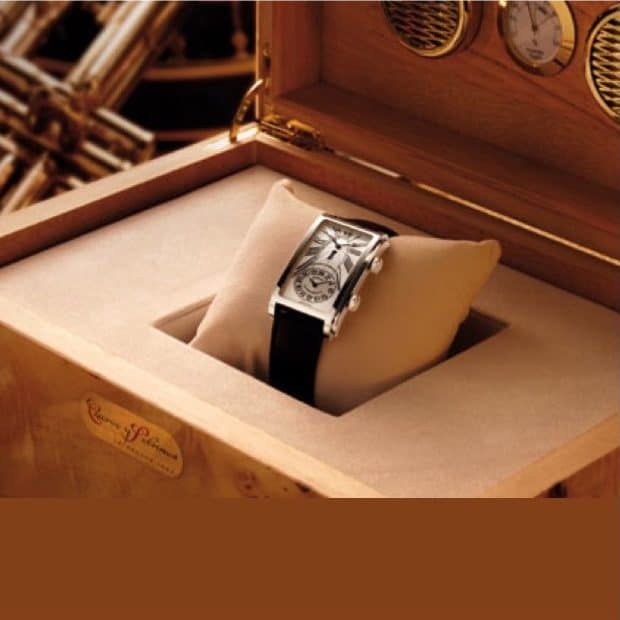 A brand with a spirit that’s All-American, the worlds of aviation, sports and films all converge in the Hamilton brand. It was none other than Elvis Presley that made famous the Hamilton Ventura, the world’s first electric watch, when he first wore one in 1961’s Blue Hawaii. The King was so taken with the Ventura’s triangular, futuristic styling, that it became his favorite watch. After the movie, he bought two more and regularly gave Hamilton Venturas as gifts.

Worn by aviators since 1919, chosen by Hollywood stylists for 60 years, and favored by sportsmen across the US since its founding in 1892, the Hamilton brand always makes a statement.